Vamos Tennis is proud to follow the ITF Model Play and Stay Campaign. During 2007, ITF introduced the campaign, aiming it dominantly towards kids. Their objective was to increase the tennis participants and promote tennis as fun, easy and healthy. At Vamos Tennis, we follow the tradition very closely, not only adapting tennis as fun, easy and healthy, but also the tennis the training methodologies. Vamos Tennis uses slower balls for beginner kids so that we ensure that they find it easier to adapt into the game, and that their starter experience in tennis is positive, encouraging, and educational. With our secret formula of the Form Follow Functions, it is even easier for kids development. Our 3 F’s are the supplement of the ITF Play and Stay campaign. When we combine them both learning tennis is easy and fun.
​
ITF INTRODUCTION TO PLAY & STAY CAMPAIGN
​
Introduction
​
In February 2007 the ITF officially launched a global campaign aimed at increasing tennis participation worldwide. The Tennis Play and Stay campaign aims to promote tennis as easy, fun and healthy, and to ensure all starter players are able to serve, rally and score from their first lesson. Fundamental to the campaign is the use of slower balls by coaches working with starter players, ensuring that their first experience of tennis is a positive one, where players are
able play the game.
The Campaign
It has been traditionally said that tennis is good at attracting new players to the game, but less effective at retaining them. Reasons for players leaving the game include:
Key Messages
The aim of the Tennis Play and Stay campaign is to address these issues, promoting the game as easy, fun and healthy, through 5 key messages:
Tennis is easy…
Tennis is fun…
Tennis competition is fun…
Tennis is healthy…
Tennis is a sport for all…
The campaign has proven very successful with 160+ nations introducing programmes using slower balls and smaller courts or adopting Tennis Play and Stay as their national participation programme. During the intervening period since 2007, the campaign has also seen the launch of Tennis10s in 2009 and a significant change within the ITF Rules of Tennis. The Rule Change in which the standard Yellow ball was eliminated for 10-and-under competition, was unanimously approved by the ITF AGM in 2010 and came into full effect in January 2012.
Tennis Play and Stay Family
The Tennis Play and Stay campaign has a series of supporting programmes to assist with the introduction of tennis to different target audiences, as well as programmes that work at the club level to retain more players in the sport. These include:
Click here to learn about the Tennis Play and Stay family. 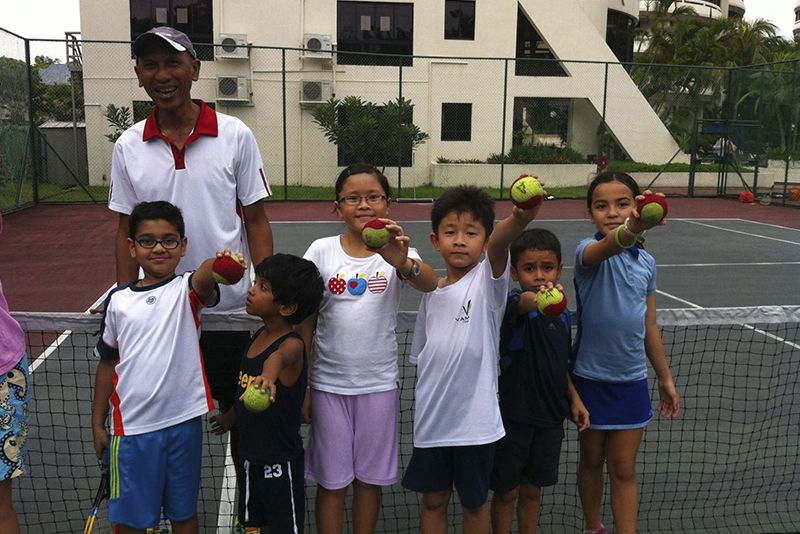